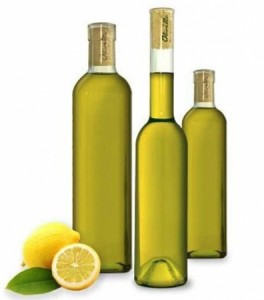 Wielding a frying pan, I was about to cook for Rocky, preparing two weeks of dog food all in one shot.

What caught my attention was a nasty color of greenish black clinging to one of the chicken livers. At first I thought it was a rotten piece, but then realized I was viewing the late chicken’s gallbladder.

My curiosity had the best of me as I looked at it closely. But when I truly confirmed what it was, my gag reflex kicked in while the floppy dead gallbladder sat glistening in the pan unaware of its kryptonite affect on me.

I quickly threw a lid over the sizzling organs while Rocky focused intently at the stove. He realized the meal was for him, acutely aware of my vegetarian status.

As the livers popped and sizzled, I wondered about my own gallbladder. Years ago my gallbladder had become a nuisance, with sharp pains anytime I ate fatty foods. It was then that I became quite enlightened on the good, the bad, and the ugly facts about gallstones. The good was I didn’t have to have surgery despite what a couple of doctors advised. The term “gallbladder disease” is really not a disease at all since no outside organism causes the problem.

The bad being I was still left with gallstones which meant my gallbladder was probably inflamed and disturbing the function of my liver.

The ugly became the unconventional method I chose to rid myself of those stones: olive oil and lemon juice.

Sounds harmless, I know, yet it takes a lot of willpower to get through, and the end result is…yuck.

But let’s back up a bit. The gallbladder usually gets dismissed as an organ we don’t need. In a way, this is true. The body can function without the gallbladder. But this doesn’t mean it isn’t needed.

The gallbladder sits under the liver, connected through ducts, and produces a nasty substance called bile that breaks down fatty foods. Bile is a fluid containing bile salts that are colored yellow to green. When the gallbladder is triggered, it passes the bile through the duct into the intestines through a spasmodic action to aid digestion.

If the duct is plugged with gallstones, there is usually severe pain on the right side of the body under the ribs.

Gallstones consist of about 80 percent un-metabolized cholesterol and variously pigmented bile salts and can range in size from a golf ball to tiny particles of sand. Officially there is no known reason why the body forms gallstones, but diet plays an important part in their formation.

Meals without leafy greens, vegetables and fruits (typical of fast food diets), or diets high in refined carbohydrates as in white flour breads and pastries, are the suspected culprits. If you do have gallstones, always check with your doctor first. But know there are other modern methods to treat them that include laproscopic surgery and even some drugs. Instead I chose the olive oil and lemon flush after a two week fast on fresh squeezed apple juice and Planetary Herbals Stone Free—tablets with a proprietary blend of turmeric root, gravel root, dandelion root and other herbs.

On flush day, I drank the concoction, taking 2 tablespoons every 15 minutes, and by the last spoonful I was about to gag the whole thing up. Olive oil was on my “not” list for several months to come. After a night’s rest and a delayed day later, I was bestowed with a bathroom run that ended up with a count of approximately 250 small bright blue-green stones over a two day period. Success!

Eating well with a low-stress lifestyle and exercise is the best way to help the body keep the stones away.

For good information on the flush and post flush information go to kitchendoctor.com/health_issues/gallbladder.php.