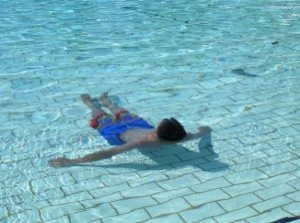 In graduate school I took a course called Adult Development. Topics included society’s views on aging and the importance of leaving a legacy. One of our assignments was to pinpoint and write a paper about the event in our lives in which we felt we truly became an adult.

It was different for everyone. Some chose the birth of their first child, and one woman wrote about caring for a dying parent. Frankly, at only 22 years of age, the exercise was lost on me. I had lived a life driven by good fortune and had yet to experience hardship, immense pain or loss, events which seem to symbolize the arrival of true adulthood. What’s more, the rite of passages marked by joy were also just beyond the horizon as well. I was not yet a mother, teacher, or wife.

Legally, I was an adult, but I was still a full time student with no real grown up responsibilities. Some in my class were coming back to school in the hopes of a career change at midlife; many were married with children.

Much like people file an extension on their taxes, my guardian angel had put in for an extension on my adolescence, and, for a time it worked. So although I walked and talked and may have looked similar to an adult, I was still playing in the kiddie pool with floaties as many of my classmates told stories from the deepest end of life’s pool.

Since that time, I’ve experienced several moments that I’ve been able to pinpoint the feeling of treading in the adult-only pool. Motherhood encompasses many. Because when others are relying on you for their mere survival, it gets real, real quick.

But there are a lot of other ah-ha moments I have had that cause pause wherein I reflect that I have in fact become all grown up.

Just today, I was struck with the realization that I am the only person in the entire house who has ever changed a toilet paper roll. Literally. If my children were to, God forbid, be suddenly orphaned, there’s no doubt that there would be toilet paper on the ground, or on the back of the toilet tank’s lid, but never, ever on the actual toilet paper holder. Sadly, the same truth goes for my husband.

I think back to that assignment in graduate school. How idiotic. Pinpointing the moment adulthood occurred. Over two decades later, I believe rather than a single monumental event, adulthood is the sum of many moments that add up to a monumental life shaped by the biggies: sacrificing, giving, losing, praying, working, crying, compromising, worrying, cheering, hugging, questioning, letting go, and a slew of little things, like, yes—even changing thousands of rolls of toilet paper.