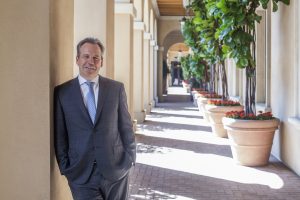 Tom Donavan began his hospitality career where all managers of Five Star resorts should start: in the kitchen.

Donovan, the new general manager of The Resort at Pelican Hill, is from Oyster Bay, Long Island. He knew at an early age that hospitality and lodging was what he wanted to do. He worked in the kitchen while attending Northeastern College in Boston, but didn’t take hospitality classes in college.

“The kitchen was an easy access point,” Donovan stated, and offered great insight to the food end of the hospitality field.

“My first major position was with Swissotels, then briefly with the Sheraton chain. My real opportunity came in 1989 when I was offered a post with the newly launched Ritz-Carlton in Philadelphia—there were about seven back then,” he explained. “The Ritz had great training, and their culture is part of many upscale resorts around the world today.”

Twenty-three years at nine different Ritz properties offered him a great education and traveling opportunity, which he took advantage of by visiting more than 40 countries.

A tempting offer with Grand Wailea Resort in Hawaii kept him island bound for ten years until The Resort at Pelican Hill came calling.

Jumping into the only Forbes Five-Star rated resort (for five consecutive years) in Newport Beach, and one of only 175 around the world, might be daunting for some, but Donovan welcomed the opportunity. In his words, he “dove right in, with no hesitation!”

Building a team culture is one of his strengths, and he explained the difference between a “normal” chain hotel, and a “Premier” resort.

“It starts with the experience,” he noted. “Not just from the view of our guests, but also from our team members (employees) and being sure everyone understands not just what we do, but why we do what we do.”

He concluded years ago that if your staff misses that step, the business is unsustainable.

“Do our guests need us or do they want us? Are they engaged with us and are they loyal? An engaged guest seeks us out and a loyal guest will frequent us as often as possible.”

The Resort at Pelican Hill is approaching 10 years of operation, and many employees have been there since the beginning. Every employee carries an eight-panel Mission Card which is a continual reminder of their responsibilities to the guest as well as the resort.

When asked what he will do differently, he responded by stating “I looked at the current performance and asked what can we improve, but there were few improvements to be made. My main priority is to get each internal department working more closely together, so we are working with team members to understand them and have them challenge me to explain why things are done the way they’re done.”

He plans to offer greeters in the lobby using rotating staff members. This is not a new feature but one that has come and gone over the years.

Many of us that live locally don’t always appreciate the amazing opportunity and amenities of Pelican Hill Resort. Features like free valet parking, an affordable happy hour, live music and other activities – not to mention three terrific restaurants – make Pelican Hill one of the best spots in town! 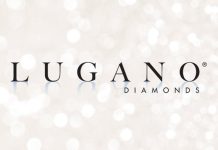