That’s what most people say when we told them about our Wilderness Adventure into the interior of Nevada in winter.

We began our journey with the bright lights and glitz of Las Vegas while attending the Consumer Electronics Show.

Then the freedom of open spaces came to life as we headed north toward Ely. Along the way we visited amazing natural spring lakes at Pahranagat National Wildlife Refuge. There were multicolored formations at Cathedral Canyon, Rainbow Canyon, and towering mountain peaks in the Big Basin Area.

Did you know that Nevada is the most mountainous state in the Union? You can drive for miles and miles across beautiful valleys and over mountain passes and rarely pass another car.

Ely, Nevada, located in the central eastern part of the state, is the home of the Northern Nevada Railroad Museum. This is a working museum where railroad men rebuild steam locomotives rather than 57 Chevys.

The snow on the surrounding mountains cast a winter spell over the beauty of hundreds of miles of high elevation plants and animals.

Nevada is known as the Silver State, which accounts for our next stop at Tonopah in central Nevada near the California border. Tonopah is the home of the Tonopah Historic Mining Park.   It’s an entire hillside museum rich in early Nevada history. This is a “must stop” for a trip through the early days of mining in the west.

The stillness of it all provides a great refresher for busy people like all of us. We highly recommend you put on your adventure shoes and hit the road. 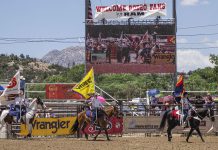 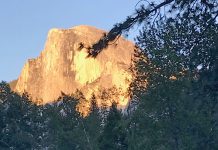