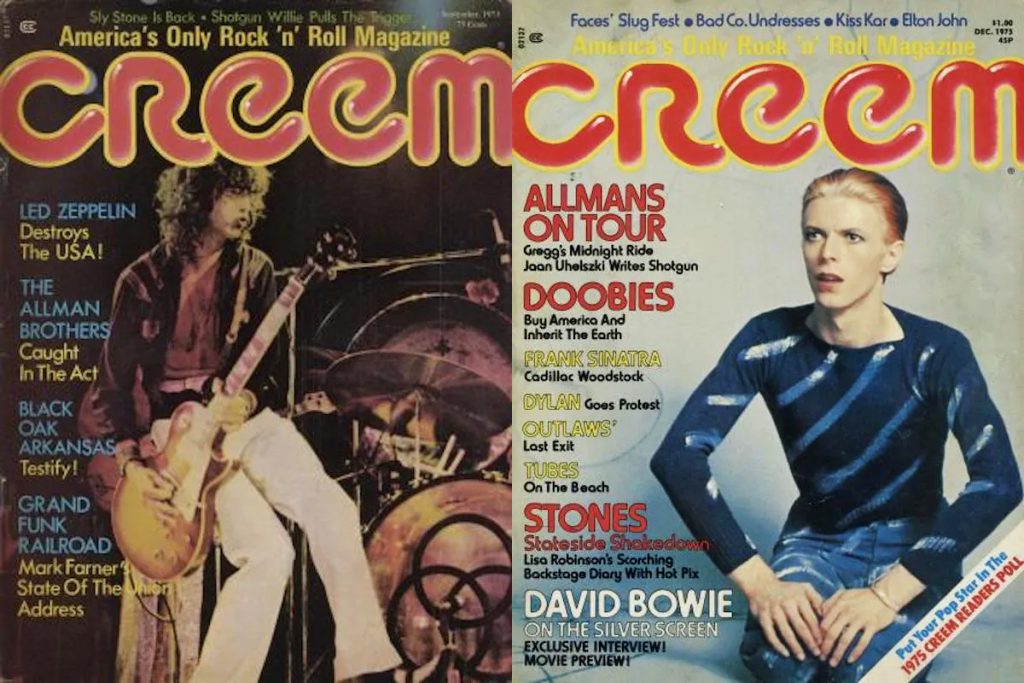 “We’re not chasing a trend; we’re creating a trend. We put content out into the world,” John Martin, the CEO of the newly risen CREEM Magazine, tells me. Less Frankenstein and more reincarnation, the new CREEM isn’t just a quarterly glossy print, but an entertainment brand.

“We’re an IP generator,” Martin jokes, “We’d love to put on CREEM music festival. When we have an article, we’re thinking ‘Can this be a spin-off or series? Can we make a podcast out of this?’ Were more of a brand now.”

CREEM Magazine was a legend back in its day. Founded by Barry Kramer in 1969, his son J.J. Kramer now owns the magazine, and hired John Martin – former publisher of Vice – as CEO to help resurrect CREEM.

At one time, CREEM gave voice to some of the biggest names of music journalism: Lester Bangs, Greil Marcus, and Cameron Crowe. It coined the term Punk Rock and gave Bowie much-deserved press when the mainstream media turned their head at him.

Full of wit, humor, and no-fluff opinions that cut music to its core, CREEM was in many ways an emblem of the years it ran, from 1969 to 1989. Picking up the newest issue, I found myself laughing out loud. When was the last time that happened? CREEM isn’t relying on its nostalgic glory days but evolving ahead of the game. Even so, all the old issues are digitally archived so that those who were there can recall hiding that one issue from the prying eyes of their parents (“No, Mom, you just don’t get rock and roll”), and those who weren’t can be introduced to the founders of rock music journalism.

“My favorite part of going digital is the time capsule aspect. I love seeing people read our old issues and know that this what it was like to read about rock back in the day. And seeing the old ads! Now days advertisements are so heavily produced,” Martin noted.

Martin said that his goal is to bridge the gap between generations. 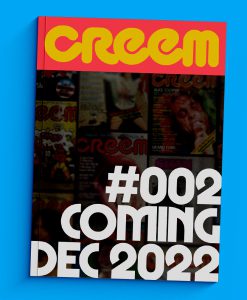 “We’re a gathering place for fans of rock and roll, of all ages. And we can do that because we’re not focused on target audiences or demographics like other publications or websites are,” said Martin. “We want younger generations to discover older music and older generations to discover younger music. We want everyone to experience that moment when you hear a rock song, and it makes you feel alive again. You get less of those moments as you get older. And we want to provide that feeling of discovery for older people.”

Not only is CREEM magazine accomplishing that with a catalogue of artists and articles such as how Mac De Marco invented boredom, the history of Latex in rock and roll, and an interview with Viagra Boys, but you can look forward to a CREEM Magazine Music Festival someday too.

And most importantly, CREEM Magazine can bring back good, old fashioned Rock and Roll. For a genre so splintered into the likes of a million micro-genres (indie rock, shoegaze, psych rock, to name a few). Martin reminds me that once upon a time, both Led Zeppelin and Hall and Oats were considered rock and roll.

“There’s a perception that rock is not a genre, but CREEM covered and will cover everything from The Clash to Metallica to Haim,” stated Martin. “That’s all rock and roll. After CREEM went away, nobody was really waving that Rock flag. Every magazine had different beats. SPIN and MTV moved away from being a big rock fan. We’re here to recreate that mentality: it’s all Rock and Roll.”

Both CREEM and the Newport Beach Indy have something in common: both still use print.

The newest CREEM issue is being mailed to subscribers the week of December 15, and features Smashing Pumpkins, a Creedence Clearwater Revival CIA scandal, and a look into David Berman’s final days.