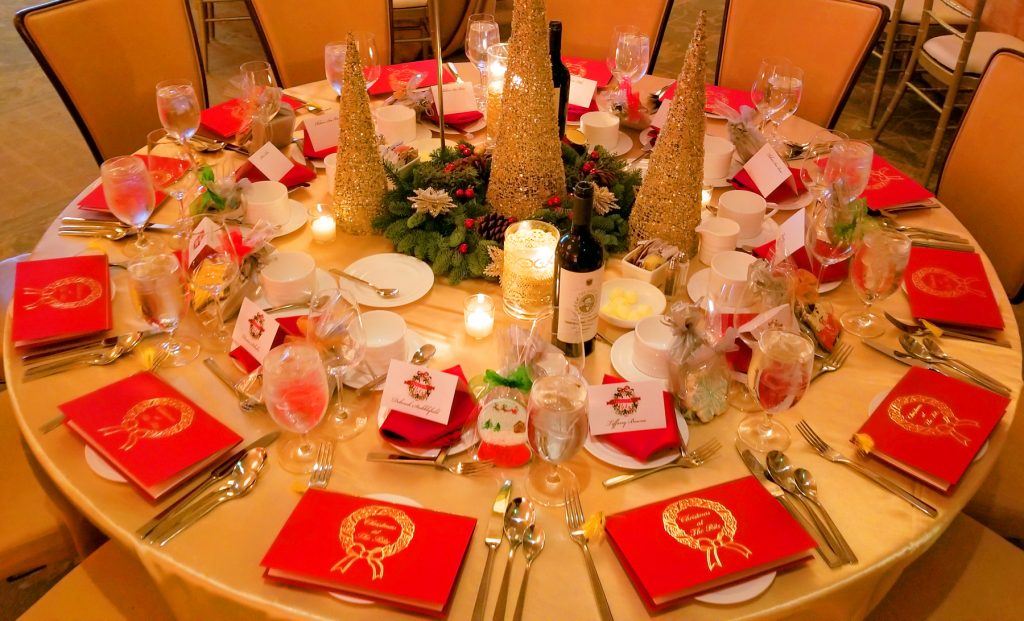 “Don’t it always seem to go, that you don’t know what you’ve got til its gone.”

The lyrics to that Joni Mitchell song apply to The Ritz Restaurant, although most culinary devotees knew The Ritz had something good going for more than three decades.

The Fashion Island culinary institution hosted numerous special events, including the annual Christmas at the Ritz, presented by the Women of Chapmen support group every December.

The Ritz closed its doors in early 2014, but that did not deter Women of Chapman from carrying on the tradition. They moved a few hundred feet down the road and began to hold their Christmas at the Ritz luncheons at the Island Hotel.

On Saturday, Dec. 2, Women of Chapman again hosted the 31st annual Christmas at the Ritz, at the newly-renamed Fashion Island Hotel. 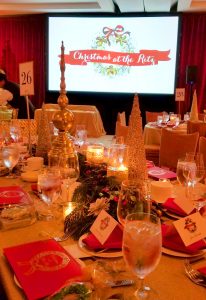 Once the ballroom doors opened, guests entered a dining room filled with festive holiday décor. Thanks to Youngsong Martin and Wildflower Linens, the ballroom was awash in festive gold linens decorated in fresh pine greenery with red and gold accents. The signature “Christmas at The Ritz” wreath was the main focus, along with decorated Christmas trees around the ballroom. A colorful sleigh, overflowing with wrapped gifts, graced the stage.

Women of Chapman President Barbara Eidson welcomed attendees, and reminded everyone that the proceeds are dedicated to the group’s $1 million pledge to support the University’s Marybelle and Paul Musco Center for the Arts, as well as a donation to Dodge College of Media Arts and a $1 million pledge for Schmid College of Science and Technology, which is under construction.”

“This is my favorite event of the year,” Struppa told attendees. “Every time I walk on the Women of Chapman stage at the Musco Center, I think of you. We love you, our students love you. Thank you for everything you do for the University.” 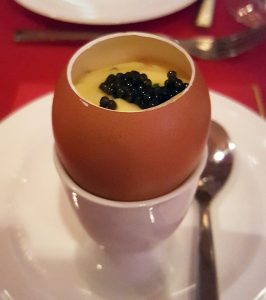 The four-course lunch menu started with the classic Ritz Egg, which originated at The Ritz: smoked salmon and scrambled eggs stuffed into an egg shell and topped with caviar. 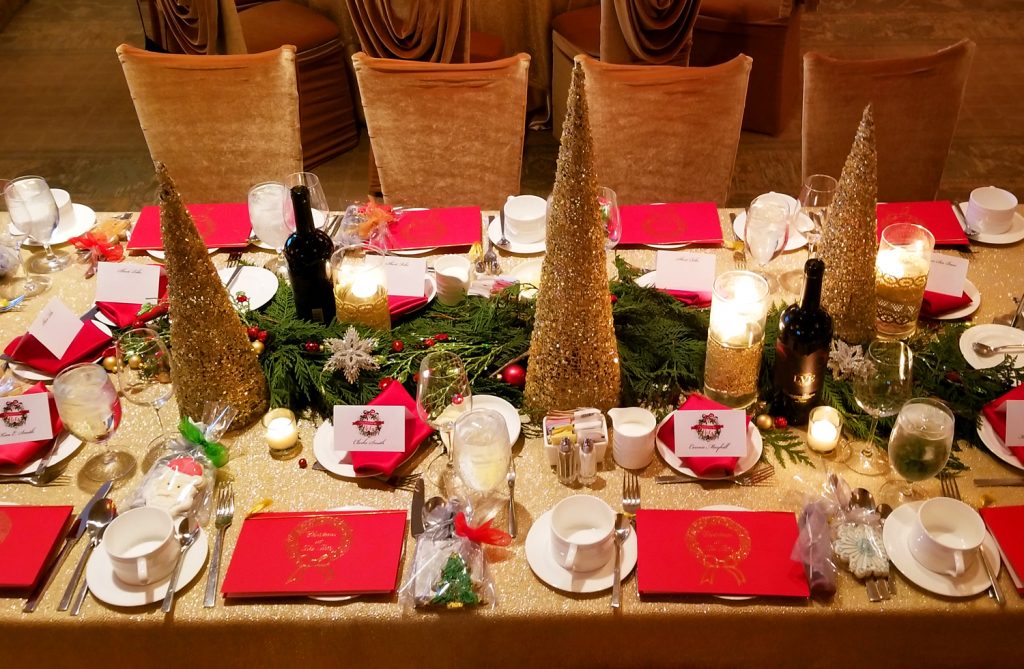 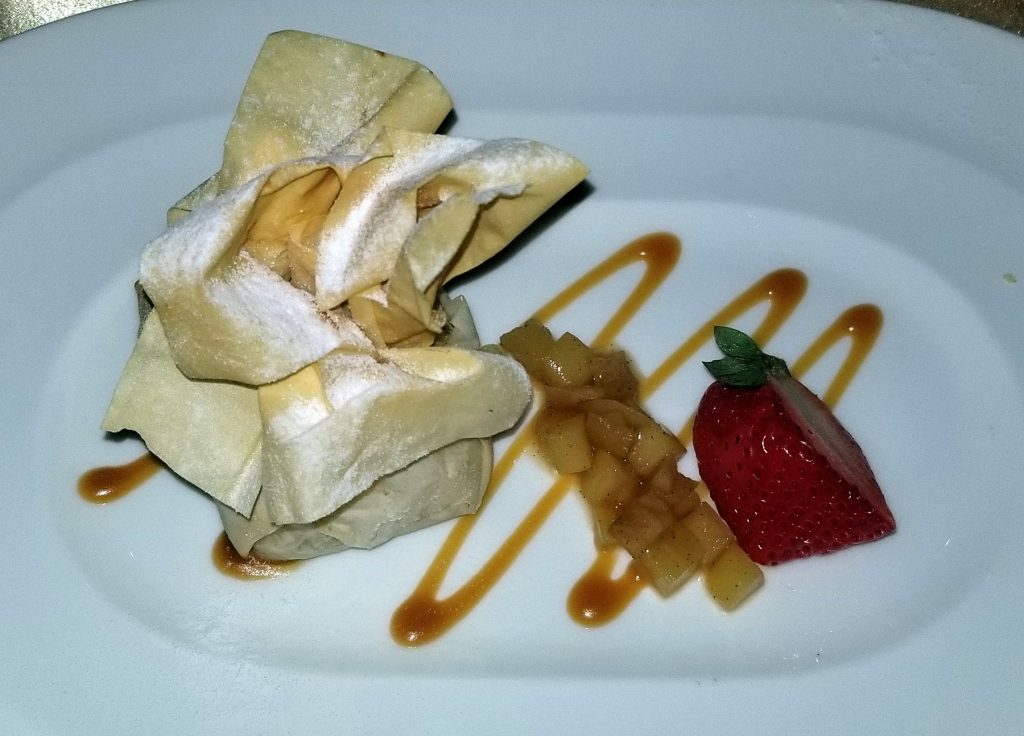